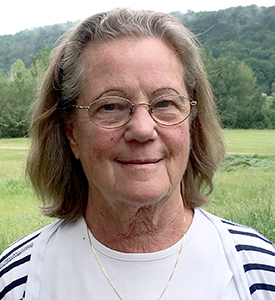 Winnie Seibert counts every moment as a volunteer a special one. With more than 20 years spent working with Guilford A Better Chance (ABC), Winnie finds joy in working in education. In addition to ABC, she works as a mentor, with Guilford Friends of the Library, and with the Guilford Keeping Society. Winnie says that while she enjoys the one-on-one relationship afforded to her working in education and as a mentor, she loves the richness of Guilford’s history. Of her favorite moments as a volunteer, Winnie says she’s most proud of the success of the children she’s worked with. We’re proud to recognize her as a Beacon Award winner. 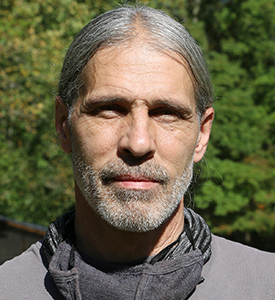 Todd Secki has reached the tops of the trees —literally. A wildlife rescuer, Todd heads the re-nesting team at Killingworth’s A Place Called Hope, frequently climbing to the tops of trees to return baby birds who have fallen from their nests back into their natural nesting site. Todd believes that birds are best raised by birds and works tirelessly to ensure that every baby bird is returned to its parents for proper care. It’s his deep care for birds, wildlife, and all animals (even the occasional domestic cat) that shines through for this wildlife hero. 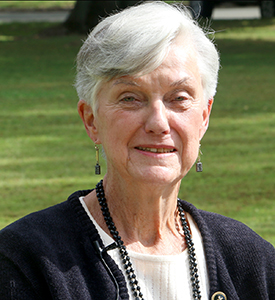 Susan Cosgrove Barnes always finds a way to help out. She lists the Branford Compassion Club, Feed Branford Kids, and the Blackstone Library as the “current” non-profits she’s involved with but gives a knowing laugh. There are always groups that benefit from her time and support. One of the founding members of Feed Branford Kids, Susan notes that every organization she’s worked with has had its own real rewards, helping out wherever she can. She attributes the success of the groups she’s been involved with to the overall generosity of Branford. “Something happens and half the community steps right up to the plate,” she says. Perhaps they’ve taken a cue from Susan. 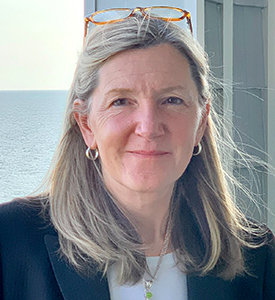 Lisa Freund raises her hand. Constantly. She’s an avid volunteer, working with the First Congregational Church in Guilford, the Ethan Miller Song Foundation, Moms Demand Action, the Connecticut Violence Intervention Program, and Columbus House. “Paying it forward just feels good,” Lisa says adding that her drive to volunteer wherever needed came from watching her mother do the same. She’s inspired by those around her, and it’s safe to say that she’s an inspiration to all. 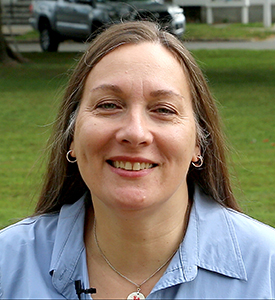 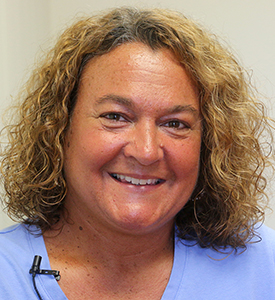 Kim Mucha believes there is always something more she can do for her community — especially since the community continues to do so much for each other. When Kim’s dog went missing, she says the town came out in full support to help bring her furry friend home. When her dog was home again, Kim made a donation to the Food Pantry of North Branford as a way to thank everyone who helped. And the rest, as they say, is history. Kim now runs Crafters Care, which presents large craft fairs in North Branford. Those fairs collect donations for the food pantry. “You want to do something for your neighbors,” she says. 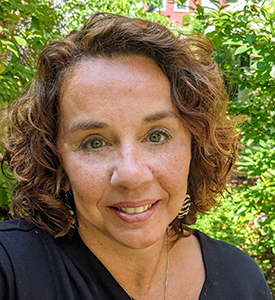 Jane Moen is in the business of handing out wings. As executive director and founder of A Little Compassion and The Nest Coffee House, Jane aims to change the lives of young adults with autism or intellectual or developmental disabilities by providing employment and social opportunities while changing the way communities see and interact with them. Inspired by her daughter, Jane discovered a number of gaps in needed services, especially during early adulthood, and, after some research and work, A Little Compassion was born. The Coffee House serves as a “soft place to land” where young adults with disabilities can gather, get needed services, and know they’re in a safe and accepting place. Jane hopes to encourage a feeling that they can move on to other things in the community and beyond. 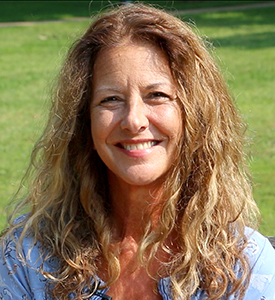 Cynthia Purcell can’t point to just one organization that she’s been involved with. Instead, she says that over the course of the 29 years Cynthia’s Flower Shop in Branford has been open, she she’s guesses that’s she’s made some kind of donation to every local charity. Most recently, however, Cynthia has shifted her focus to helping people navigate their way through COVID related challenges, most notably with the Branford Microfund. She continues to look for “a little bit something extra” she can do to help those who may need help. 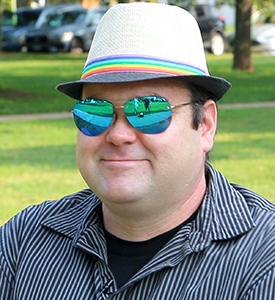 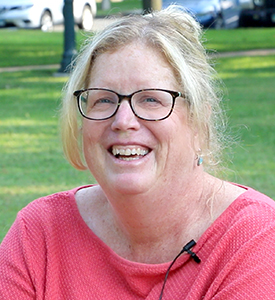 Catherine Kiernan Marganski loves Guilford. Her goal is to help keep the town as positive and happy as positive. During the earliest days of the COVID-19 pandemic, Catherine stepped up with friends to launch The Gift Card Project, asking Guilford residents to purchase gift cards to local businesses. In turn, those gift cards were distributed to local heroes: teachers, doctors, first responders and others. “What you give to your community will come back to you tenfold, but I really love doing it,” she says. 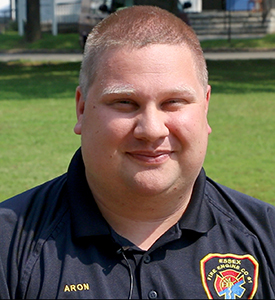 Aron Schumacher has been involved with Essex Fire Engine Company No. 1 since he was 16. Now the deputy chief, Aron is one of the first on-scene in medical emergencies, car accidents, and fire emergencies. He notes that the Company is involved with fire prevention and public education events as well as community events, but during the COVID-19 pandemic, Aron went above and beyond his role as deputy chief, helping to organize both a Halloween drive-through and a Santa Claus drive-by event and birthday parades. Aron says he loves the friendship and camaraderie among the Fire Department, and it’s clear that feeling is mutual in the department. 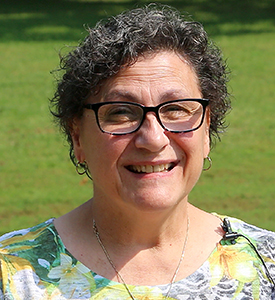 Annarose Russo is best known for her involvement with the Vietnam Veterans Chapter 484, the East Haven Rotary Club, the East Haven Fall Festival, and “anywhere else I can be involved.” She loves the East Haven community and because of that love, she focuses her efforts there, adding that East Haven always comes together to help one another. “When you give, it gives you that warmth knowing that you can give to others,” she says. 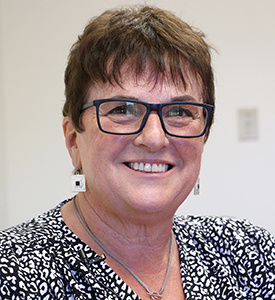 A 12-year member of the North Haven Board of Education, Anita Anderson has served as the Board’s Chair for nearly half of that time. She works with the Board to set policy and review curriculum. Throughout COVID-19, Anita has worked to help guide the school district through unique pandemic-related challenges while keeping the community happy and healthy. She volunteers for the North Haven Rotary, helping identify community needs and ways to meet them. Anita has nothing but respect for the volunteers who have come before her, and she continues to work to better the North Haven community. 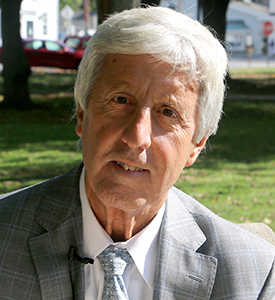 Andrew Amendola treats fund-raising as a competition. It’s personal for him as he works to raise money to benefit children, seniors, veterans, and in-need members of the Branford and East Haven communities. Whether it’s working with the food pantries, arranging Thanksgiving and Christmas dinners for hundreds of residents, or finding the funds to sponsor more than 150 Easter baskets for kids in need, Andrew always finds a way to give back to the towns that he loves. During the COVID-19 pandemic, Andrew went above and beyond to extend a helping hand to those in need, gathering contributions to fund three pandemic support programs. Andrew says he doesn’t like to lose, and his contributions ensure that his communities are the real winners. 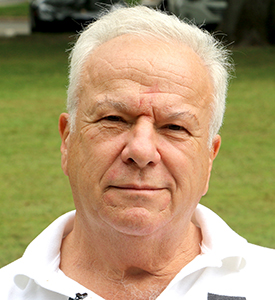 Allen Jacobs holds the Guilford Rotary Club’s theme close: Service above self. A 42-year Rotarian, Allen is known for his work with the Guilford Interact Club and the Guilford Foundation’s Youth Advisory Group. “That’s all for now, anyway,” he says. Allen is quick to heap praise on the youth he works alongside, adding that they’re an “unbelievable group of kids.”  Despite the many accomplishments of the Interact Club and Youth Advisory Club, Allen takes no credit, but admits he’s loved every minute of his involvement with the group.