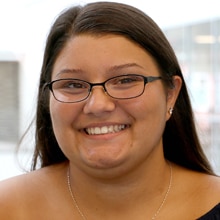 Like many Beacon Award winners, Elizabeth Abernathy is motivated by the idea of inspiring a younger generation. What’s unusual is that this dedicated volunteer and role model is a senior in high school. Elizabeth is an officer in the Guilford High School SADD (Students Against Destructive Decisions) group and a co-chair of the Guilford DAY (Developmental Assets for Youth) program, as well as serving on the student advisory board of the Guilford Youth & Family Services Agency. As a regular volunteer at Yale New Haven Hospital, she particularly enjoys the Pediatrics Unit. A pew minister at St. George in Guilford, she also coordinates collections for the homeless, and true to her mission, encourages her CCD students to pitch in. 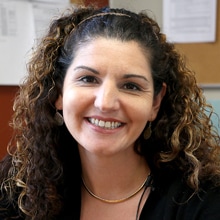 Community Dining Room (CDR) Executive Director Judith Barron’s day job is admirable in so many ways—her organization not only feeds those in need, both in the Branford dining room and through take-out meals and delivery, but actively creates a sense of community through picnics, family activities, and the simple dignity of a shared meal. And that’s where the rest of Judy’s work begins. Outside of CDR, she’s a softball and cheerleading coach, a fundraiser for Ronald McDonald House, a volunteer for Special Olympics, and much more. When asked the obvious—where do you find the time?—her answer is simple: “If not me, then who?” 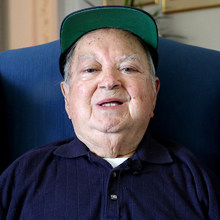 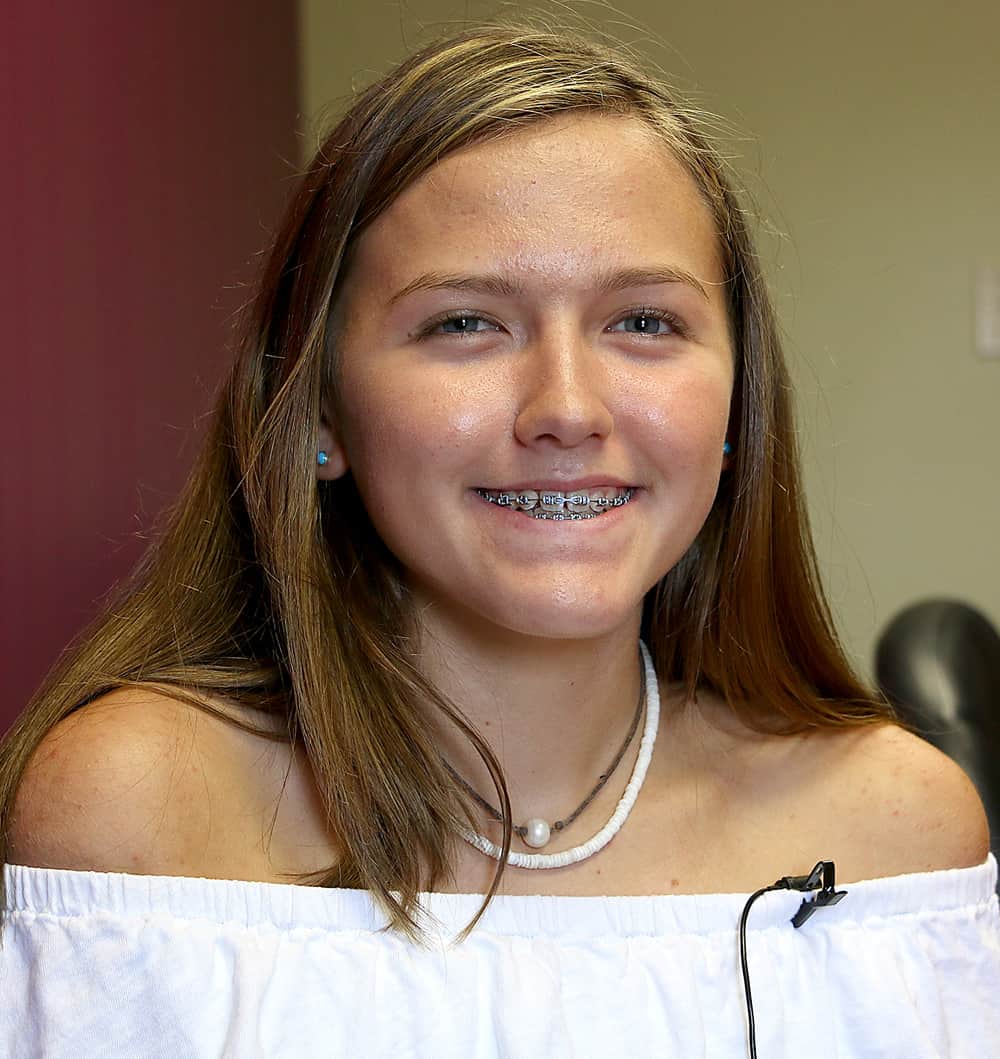 Emelia Bisson has a pretty impressive résumé for a high school freshman. Last year, along with Lindsey Valentino, Lauren Valentino, and Abby Amara, the four then-middle schoolers organized the Shoreline March for Our Lives following the mass shooting at Marjory Stoneman Douglas High School in Parkland, Florida. The event drew hundreds to Old Saybrook, including U.S. Congressman Joe Courtney. It wasn’t her first effort to take an active role in her community; she started volunteering in the 5th grade with Buddy Baseball and Basketball, teaming up with a differently abled partner, a role she’s continued at Valley Regional High School. She also volunteers at Kirtland Commons, Deep River’s senior housing facility, to serve meals and brighten days of her elders. 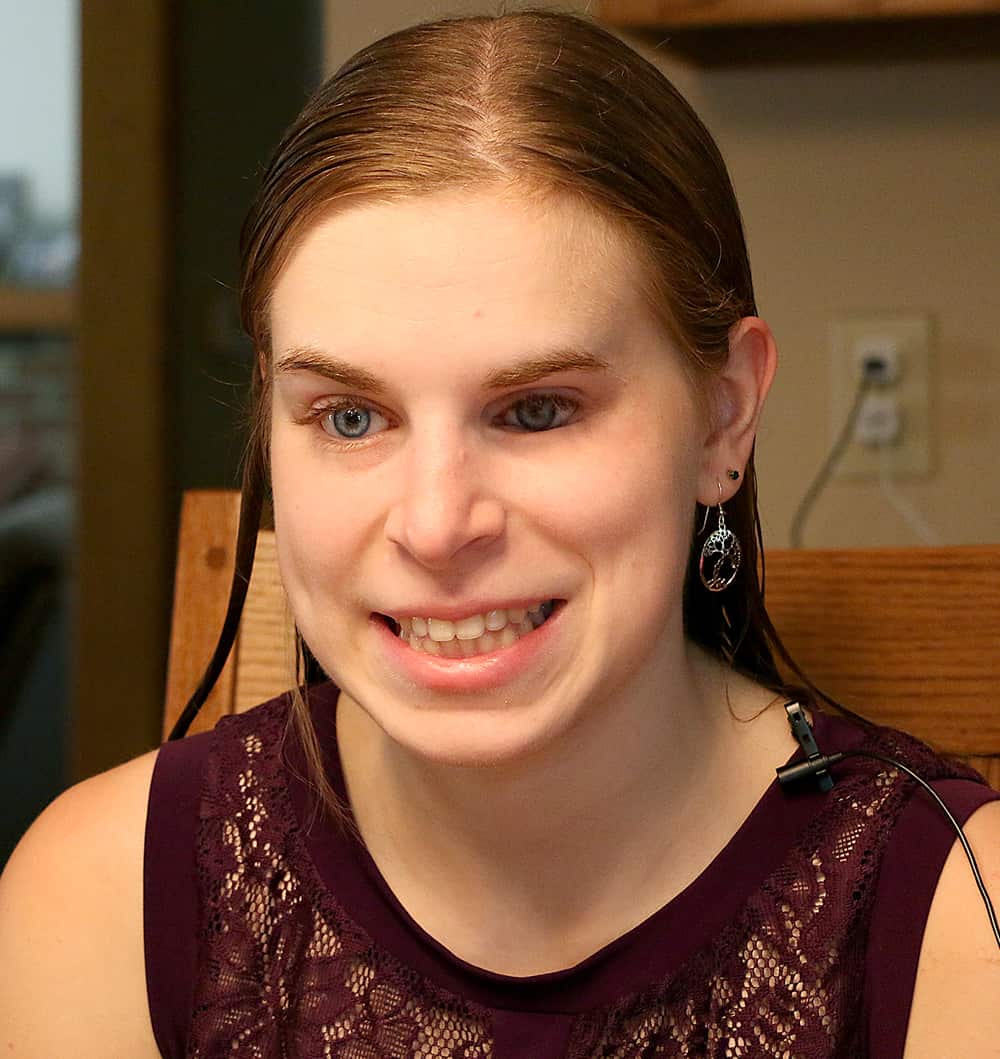 Melissa Carney lost her vision to cancer at age two, which many would find to be a challenge. Instead, Melissa has found it a motivation to seek new challenges and share the lessons she learns from her successes with her colleagues. Starting as a rider at High Hopes Therapeutic Riding, she progressed from rider to mentor. She found her involvement with the National Federation of the Blind activities so rewarding she helped found a state-level student division in Connecticut, and another in Massachusetts. Believing that an impairment shouldn’t impair her, this college student will spend a semester in Washington, D.C., learning how to be an advocate at the national level. 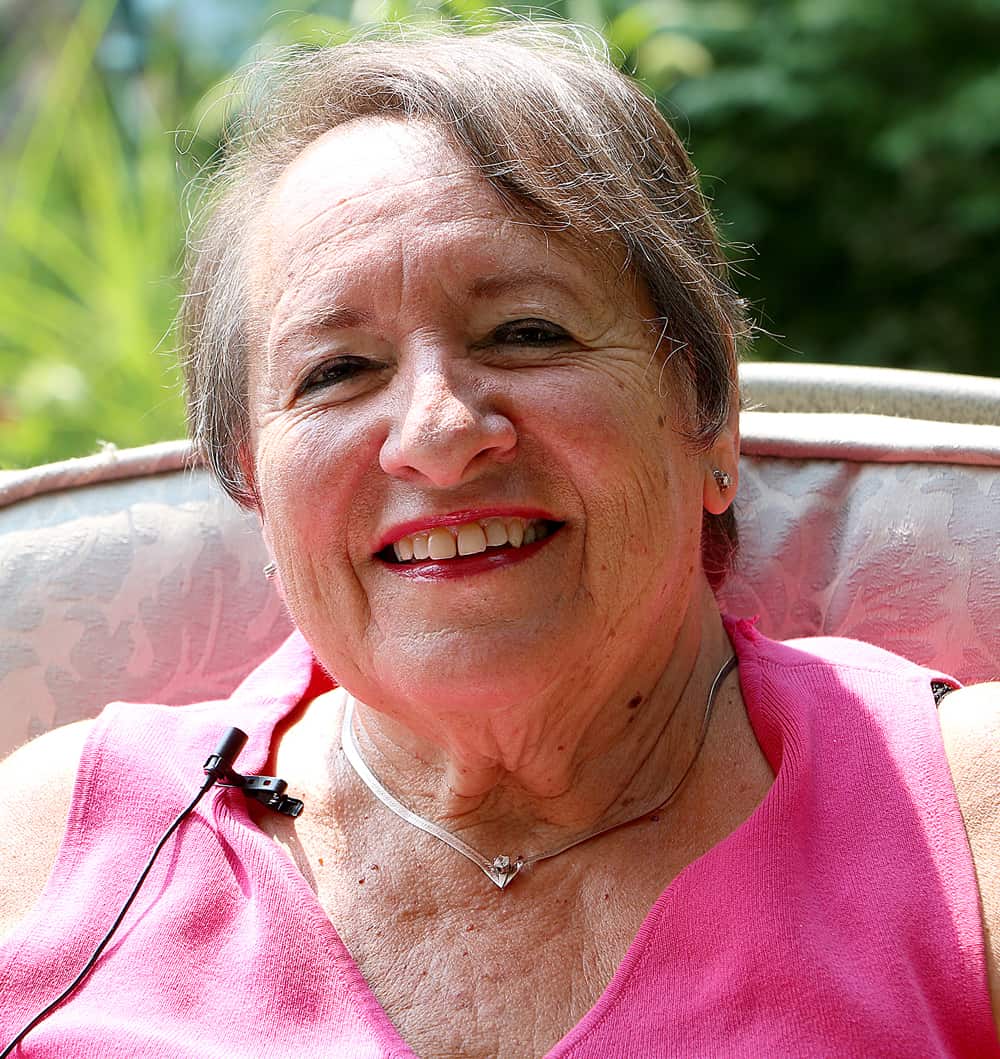 How many people do you know with a key to the city? Gerri Giordano was given a key to North Haven in the ‘80s for her dedication to the town, and she has remained dedicated to making the community a better place to this day. Gerri has been an active member of the North Haven community since she and her husband moved to town more than 50 years ago, starting when her son’s North Haven High School football team was struggling with fundraising, a situation she quickly fixed. She joined the North Haven Garden Club in 1976 and continues the club’s beautification efforts around town. She’s also answered the call to help with North Haven’s bicentennial celebrations and ongoing conservation efforts around town. 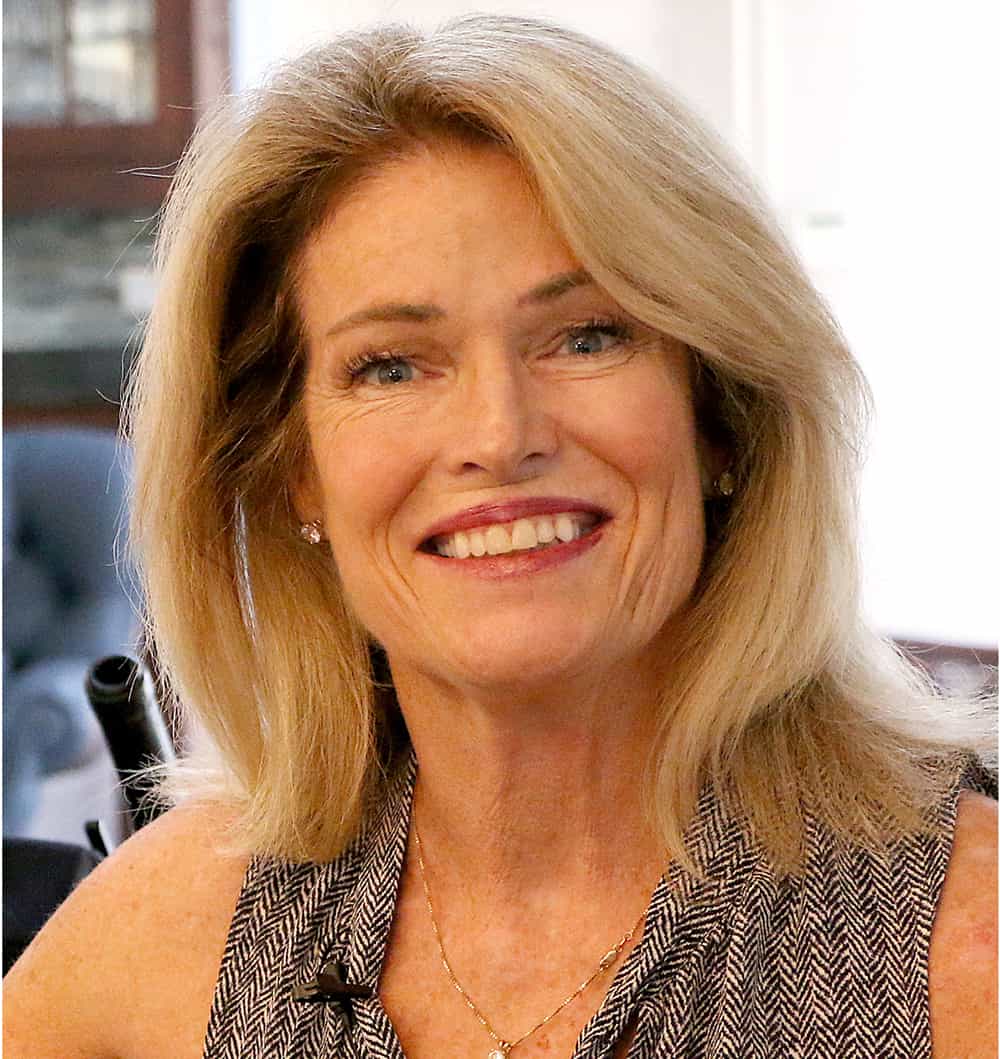 “Hope” is a powerful word in the Kelley household. Jean Kelley’s son, Brian, was born in 1988 and diagnosed at age six with adrenoleukodystrophy (ALD), a hereditary disease estimated to affect one in every 20,000 boys and one that rapidly steals away sight, speech, and movement and can result in severe disability or death if not treated. Jean and her husband Jack Kelley founded Brian’s Hope, a non-profit dedicated to supporting awareness and prevention of ALD. Jean recently found success in Hartford passing legislation that adds ALD screening to newborns and is now taking the fight nationwide. 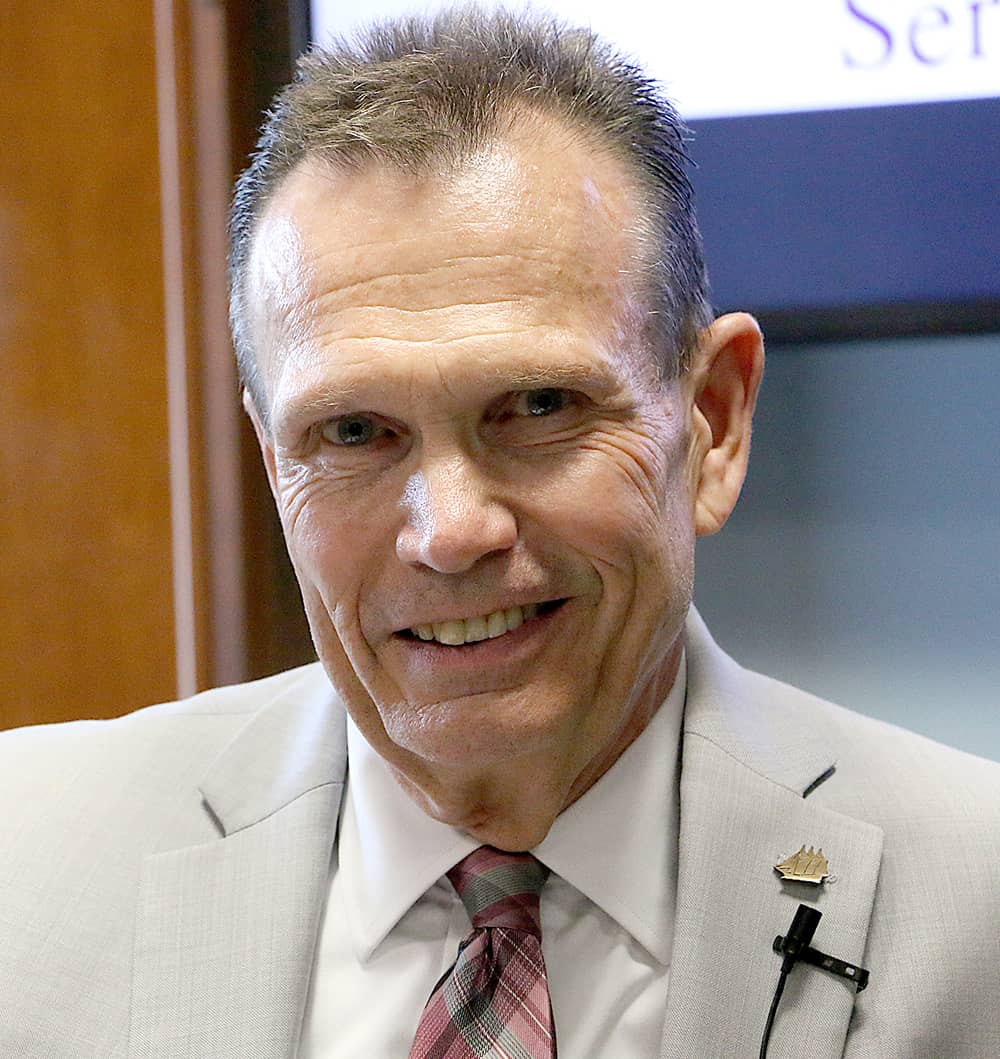 Thomas Lindner is a native son of Deep River, and he wears that local pride on his sleeve. In his career as community reinvestment officer with the Essex Savings Bank, it has been his job to bolster the area’s non-profit efforts through donations to more than 200 organizations—but that’s just the start. Tom knows those local organizations through personal involvement, such as serving as a selectman and treasurer in Deep River or on the Valley-Shore YMCA Board of Directors and as a member of the Deep River Rotary, and remaining an ongoing ambassador for all the groups he’s aided. 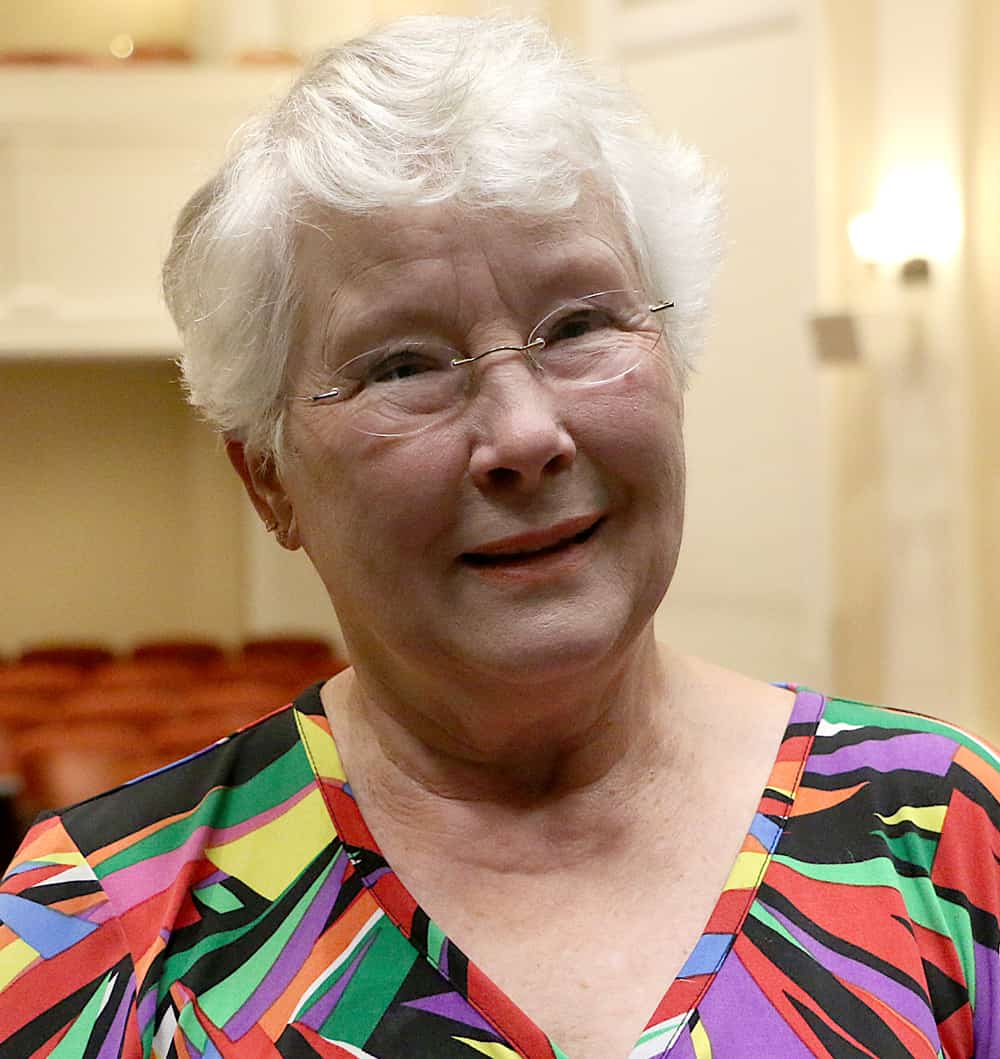 Catherine Mathis always wanted a big family; her husband thought a smaller family would be nice. They compromised at three children of their own. Catherine recognized an opportunity to share what her family had to offer, however, and opened her doors to 13 foster children and 28 exchange students over the years. She continues to help others through Literacy Volunteers- Valley Shore, noting that when you help someone learn English, you’re also helping their children, and through the Shoreline Soup Kitchens & Pantries. She’s also active in the Old Lyme Congregational Church, including its choir, and has nurtured local arts through volunteering with the Norma Terris Theatre, Ivoryton Playhouse, and The Kate. 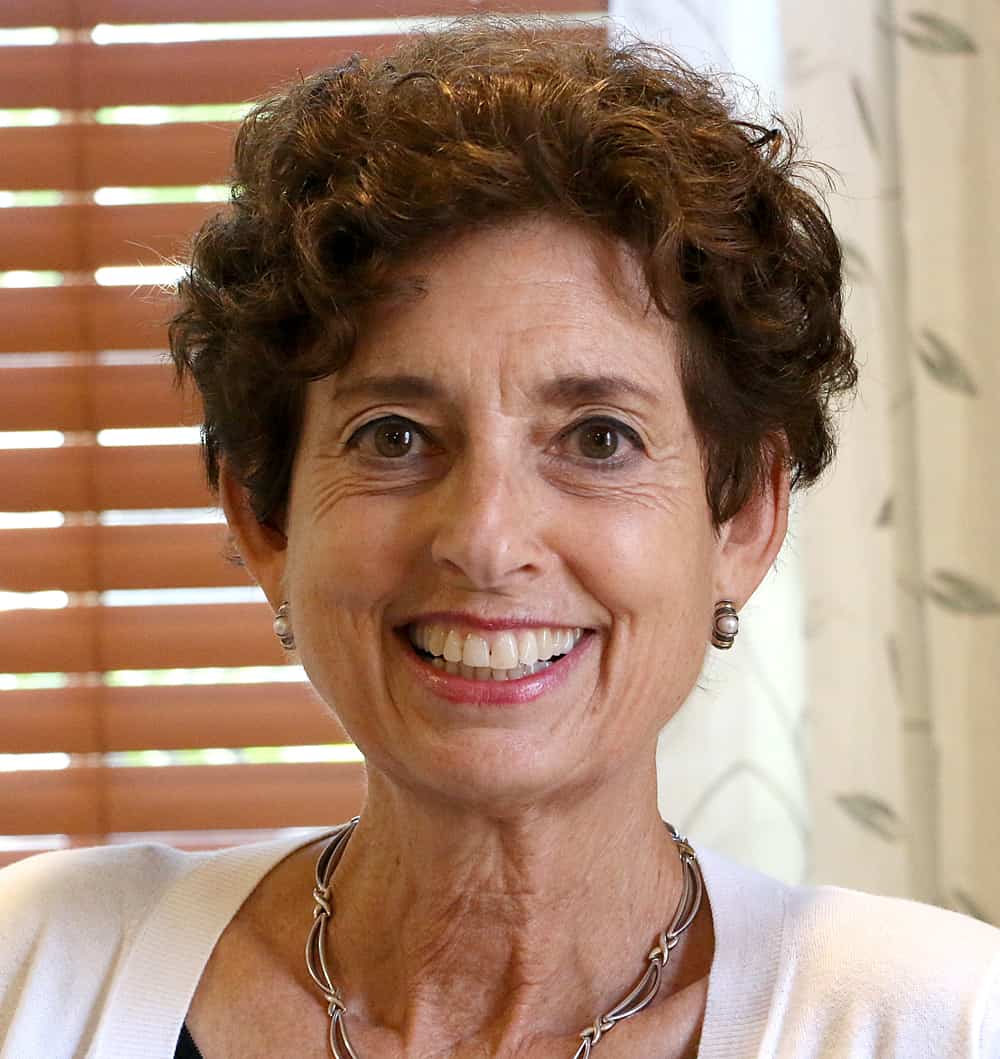 Everyone deserves a chance at a better life. Tobie Meisel is dedicated to making that happen. Through the Women & Family Life Center, Tobie leads a support group that helps give women the tool for success in a time of need. Through the Guilford ABC (A Better Chance) program, she helps high school girls from the inner city find opportunity at Guilford High School. She believes in better chances for all—even herself. An attorney by training, she’s also an author, actor, speaker, and choir singer in addition to being a therapist. 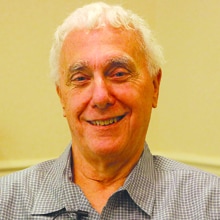 Madison’s Ed Pellegrino says he likes to get in on the ground floor—that could be a little tongue in cheek for someone whose day job is real estate, but for Ed, it’s also borne out in his day to day life. Ed is an active member of the Rotary Club of Madison and serves on the Chamber of Commerce and Economic Development Commission. As far as the ground floor, Ed started the Pitching for Charity event that pitted local realtors against other community groups in a softball fundraiser, then initiated the Madison Chamber of Commerce Bed Race (yep—racing wheeled beds down the streets of Madison) that brings dozens of local businesses and organizations together. 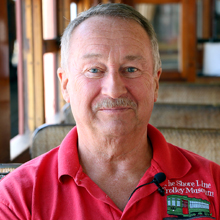 Wayne Sandford goes above and beyond in his service to East Haven. A former fire chief (and current volunteer firefighter), Wayne is currently the president of the Shore Line Trolley Museum and has been active in everything from Cub and Boy Scouts to the Chamber of Commerce and the annual Fall Festival Car Show, as well as his church, St. Pio. Having led the successful efforts to repair storm damage to irreplaceable trolley cars at the museum, his next mission combines his life’s skill set: providing enhanced fire protection to the trolley yard. 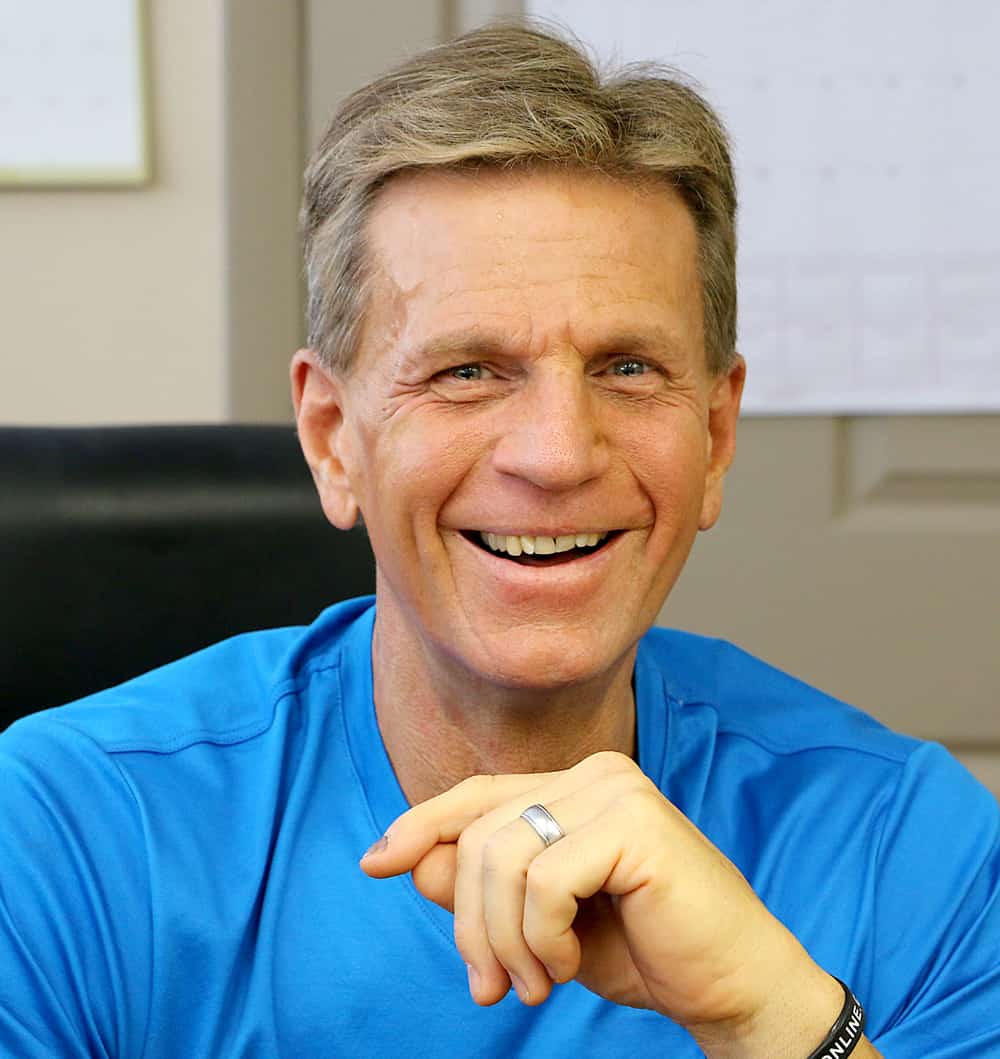 It seems everyone knows John Saville, whether it’s as radio personality John “Cadillac” Saville or the emcee at countless of area charity events or just the gentleman who offered a heartfelt compliment in line at the grocery store. Blessed with seemingly boundless energy and positivity, he’s also known for having difficulty saying “No,” which also explains his presence at so many community events that need his powerful, friendly voice keeping things moving. He credits his parents with instilling a desire to serve and today serves as an inspiration for new generations to stay healthy, positive, and engaged in their community. 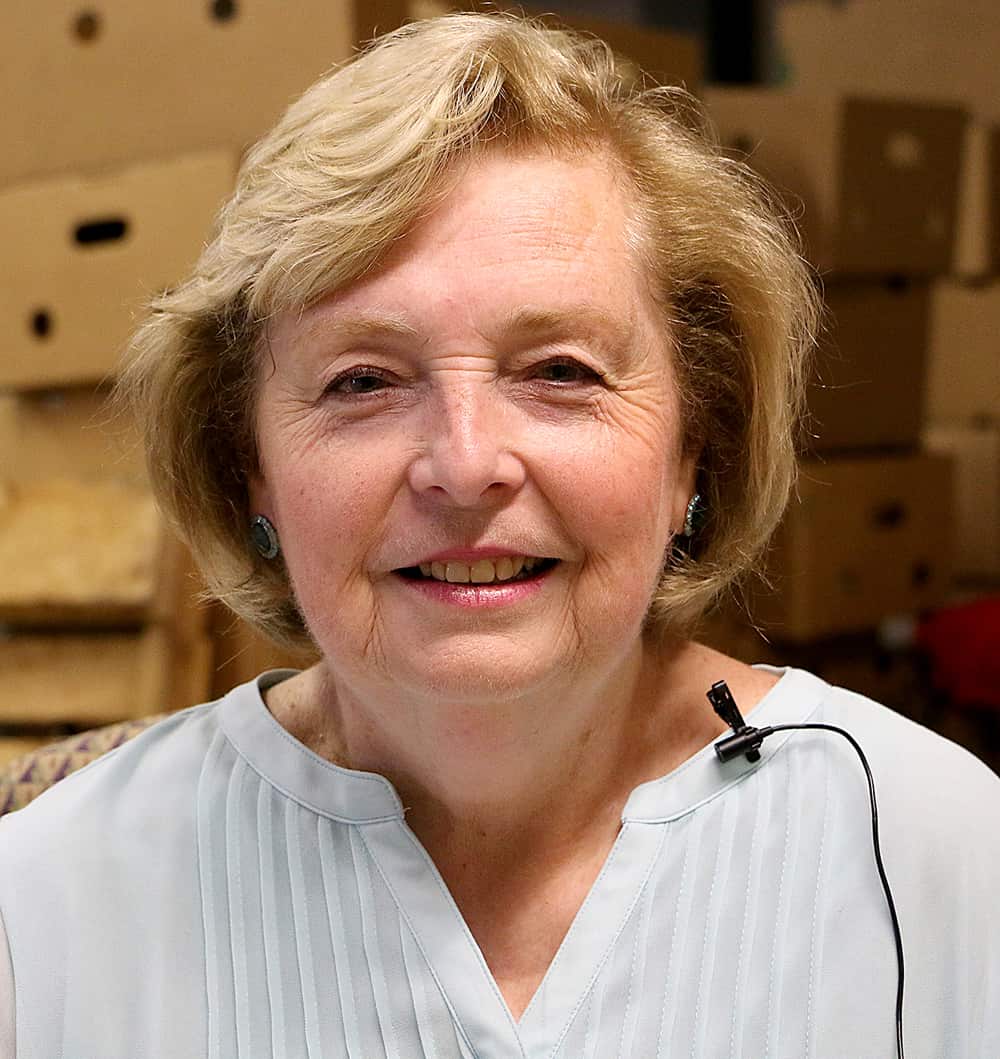 Carol Stewart cares about kids. She serves as president of Feed Branford Kids, which sends home backpacks of food for students whose families need help—and 34 percent of all public school students in the district qualify for free or reduced lunches. Carol and crew are currently serving 200 students a week and hope to reach more families in the future. An associate professor of management at Southern Connecticut State University’s School of Business, she earned the school’s “Outstanding Academic Advisor” award in 2016. Carol also serves on the Rotary Club of Branford and pitches in to help the Blackstone Memorial Library and Branford Compassion Club.

June Vigliotto, proprietor of June’s Outback Café in Killingworth, got started helping others at her pub when a friend approached her to start a collection for another friend in need. She was able to help, and one request quickly turned into several requests. The restaurant business is tough enough without adding “informal fundraising hub” to the menu, but when June saw the effect she could have, her response was, “How could I not?” In addition to serving as the center for several annual bike run fundraisers, June collects and delivers food, clothing, and personal supplies for the homeless in New Haven.